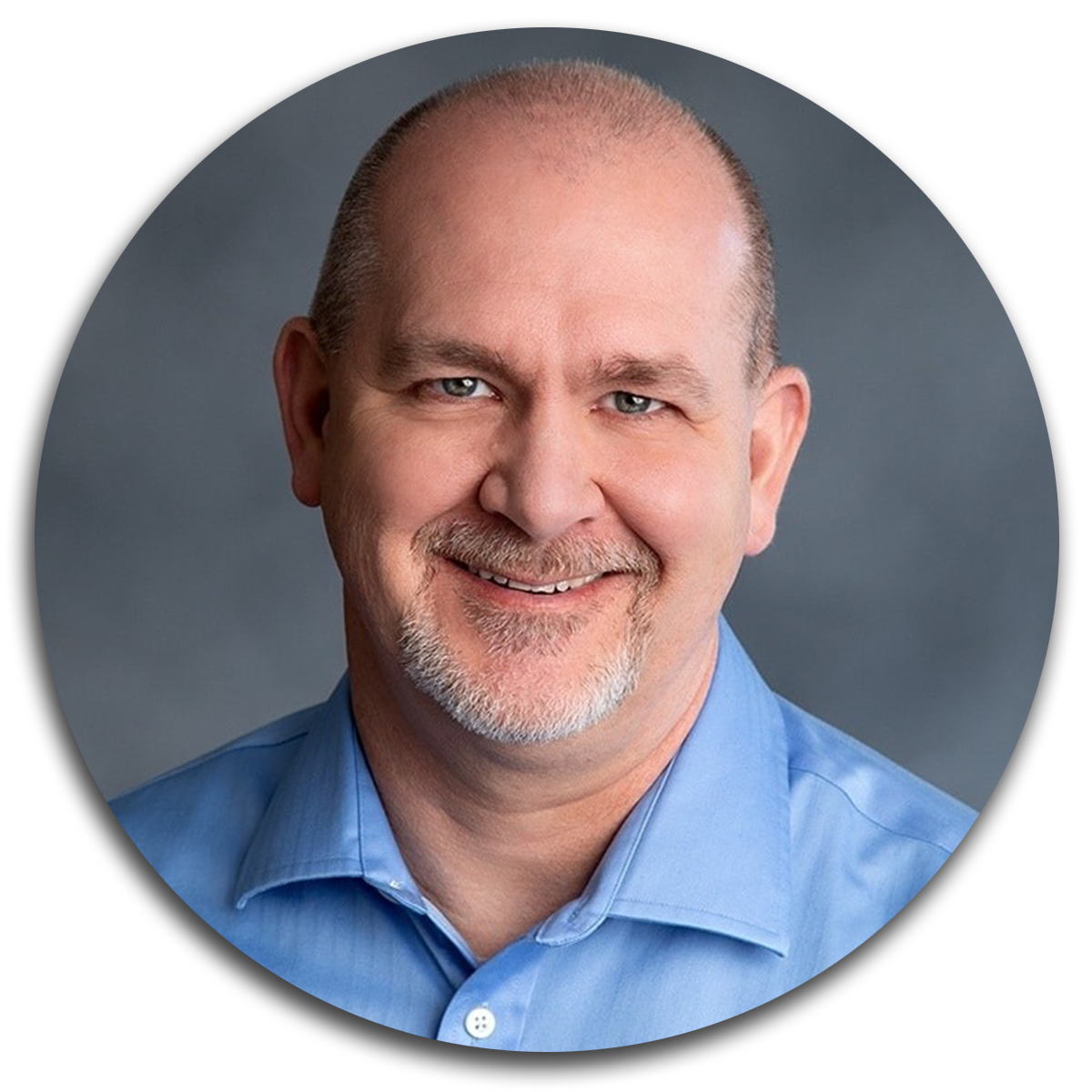 Think like a lender to be a better borrower!

Jeff has been investing in local real estate since 2004. In 2010, he began acting as a hard-money lender for other investors looking to buy. To this day, Jeff manages a hard-money investing fund. With his experience as both a lender and an investor, Jeff has seen and done just about every kind of deal imaginable. He has worked on simple wholesale deals, massive rehabs, rentals, subject-to, lease with the option to purchase, seller finance, and offered lending services. 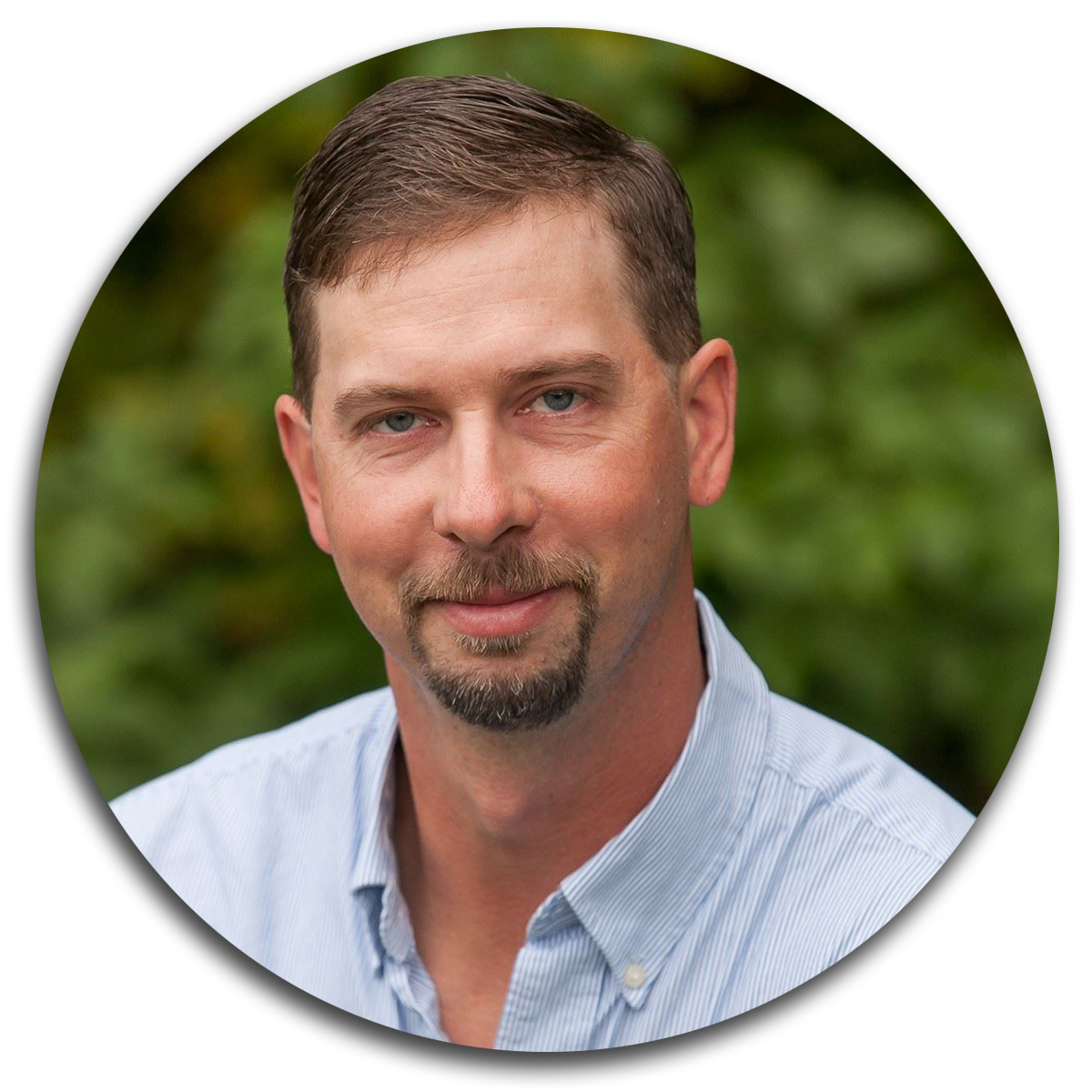 Masterminds – what we do and what the benefit is.

Derek has been a successful real estate investor since 2002. He’s been through the ups and downs of the markets and has the scars to prove it.

Throughout his career, Derek has been involved in hundreds of real estate transactions. He’s highly experienced in wholesaling, flipping, land-lording, and lending. Derek loves putting together creative solutions other investors are not able to offer. As such, he’s worked with countless investors and homeowners throughout the years.

Derek loves giving back to the local real estate community. Derek also runs the Central Wisconsin REIA, based out of Wausau. 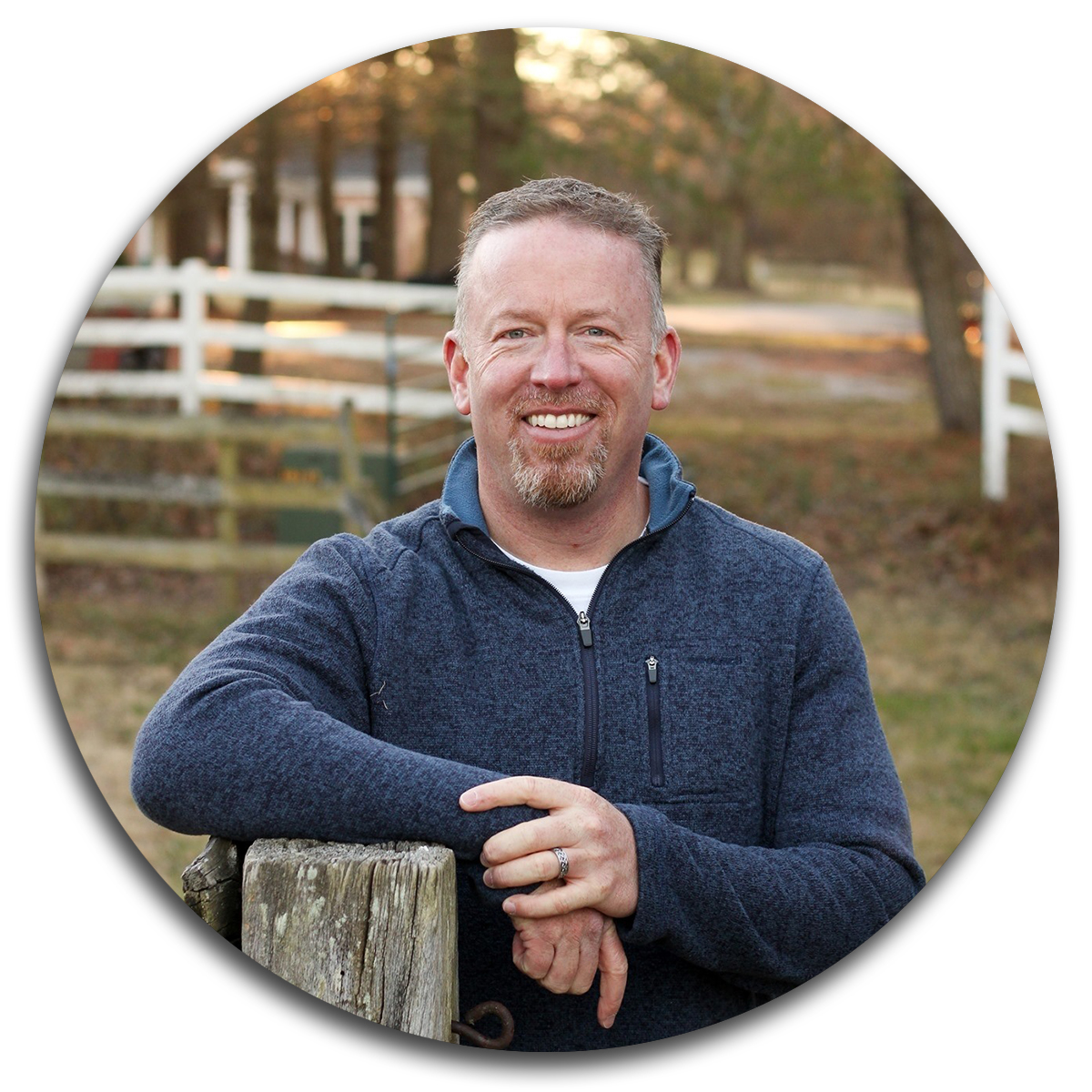 Considered “the Coach’s Coach,” Shaun coaches high caliber business owners, speakers and coaches across the country. When he's not out changing lives and sharing the Leadership Boardroom message he can be found in his home town of St. Louis with his wife and 3 children, playing guitar and singing in a band for fun.

His personal and business motto is “give first” which is evident in his coaching programs and personal interactions. 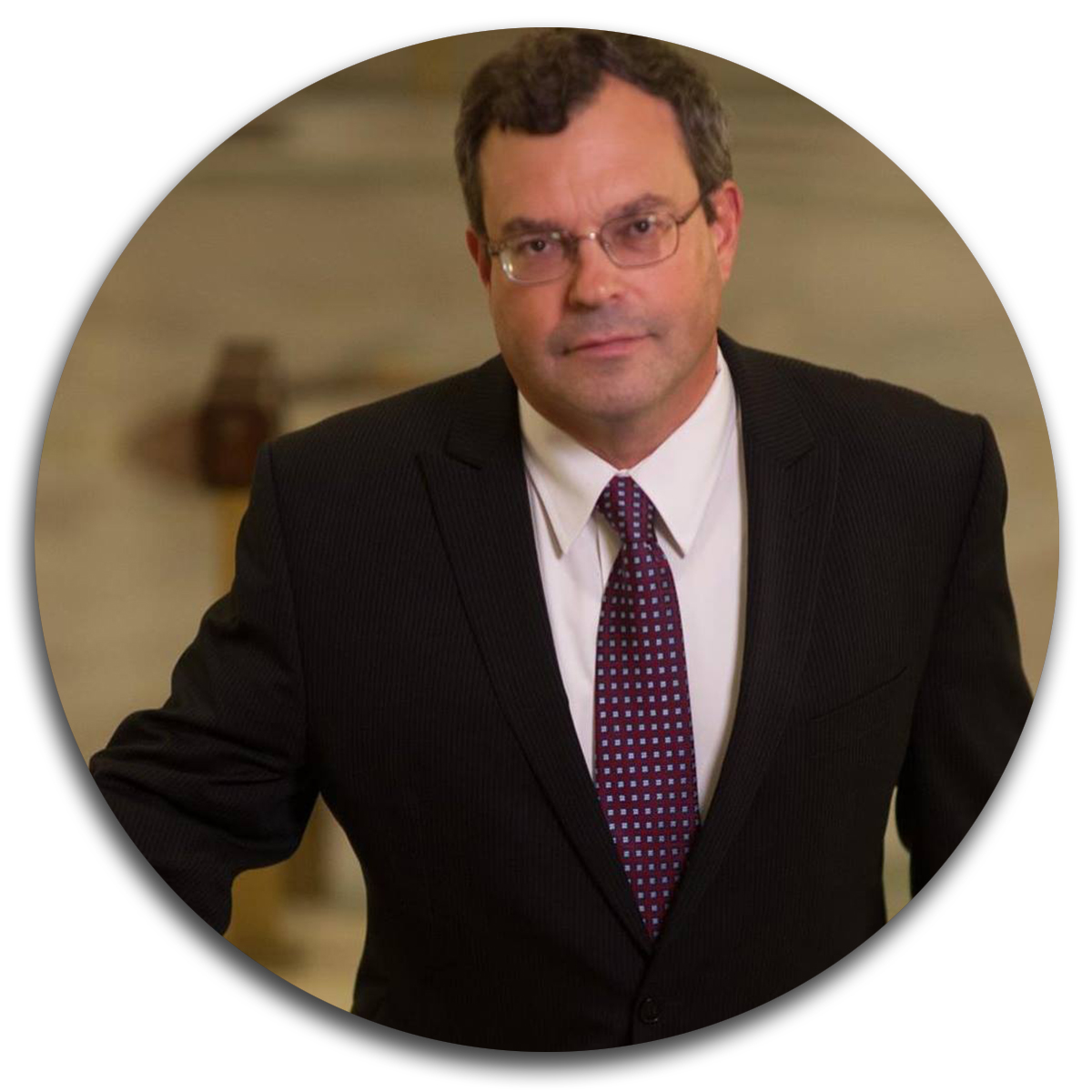 Jeffery S. Watson is an Ohio attorney who has had an active trial and hearing practice since 1991. Jeff has also been a real estate investor since 1994, investing in both residential and commercial properties. He currently represents established real estate investors in commercial and residential matters when the transactions involve self-directed retirement accounts. He has become recognized as a thought leader and teacher in the field of real estate investing, self-directed retirement account transactions and wealth protection.

Jeff is general counsel to the National Real Estate Investors Association. He advises four different national organizations with a combined membership of over 100,000 investors.

From 2010 to present, he has led a lobbying effort in Washington, DC on behalf of real estate investors which has brought about several changes in both government regulation and policy on distressed property purchases, taxation and resales.

In Ohio he works with the Ohio Division of Real Estate on teaching compliance in the area of wholesaling real estate. Jeff is general counsel to and a co-founder of Realeflow, LLC, which made the Inc 500 list in 2011. 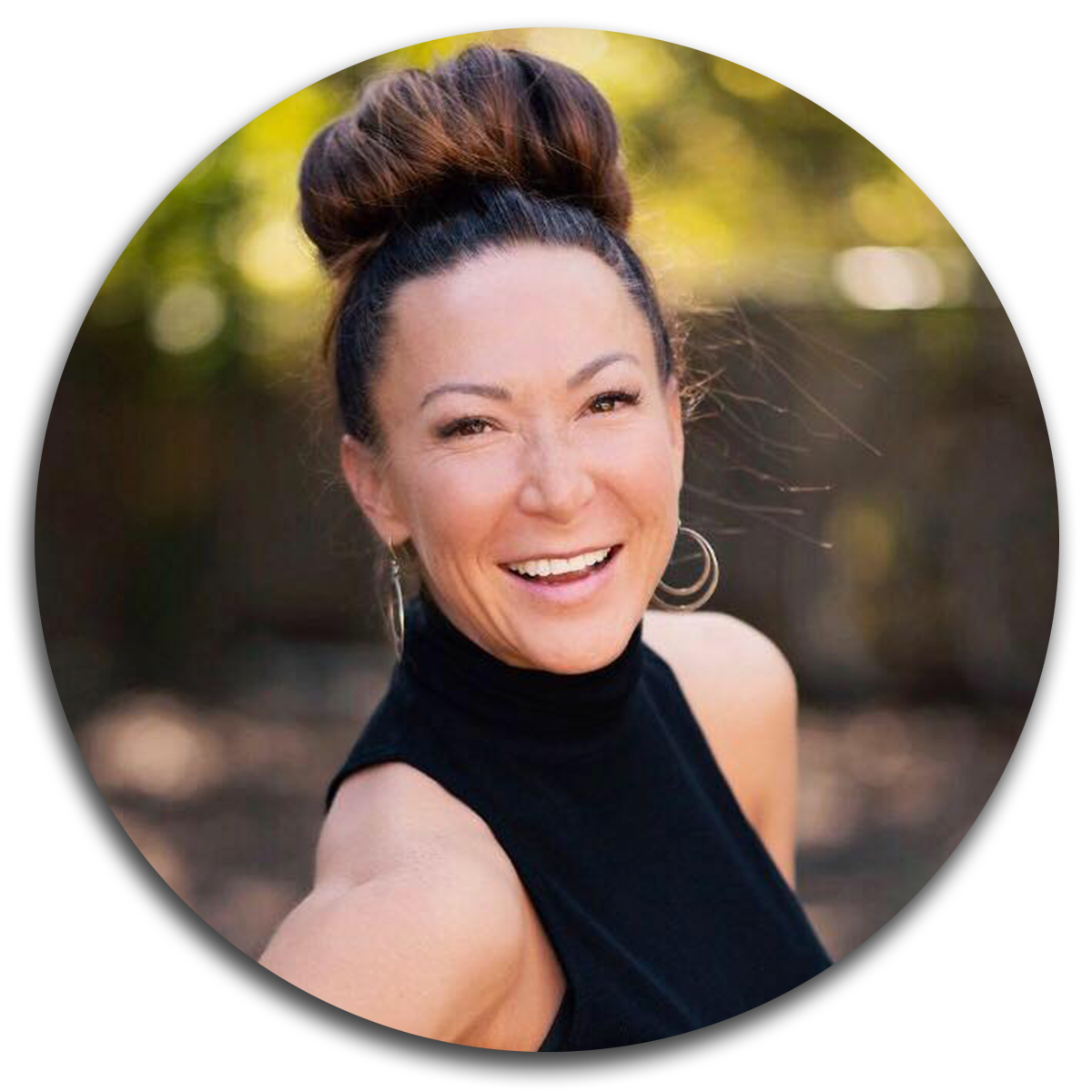 Most effective motivated-seller marketing, conversion, and disposition tactics for 2022.

Christina Krause is a principal with Postal Impact, a white-glove marketing and consulting company for real estate investors across the nation. Using data and analytics, Postal Impact studies marketing results and trends, both locally and across the country, to identify motivated sellers, the ideal marketing methods to reach them, and uses this information to fully execute effective campaigns. Most recently, Postal Impact has launched Virtual Lead Managers, a service that provides dedicated, remote lead managers who are qualified, pre-trained, and ready to be deployed into their clients' businesses to nurture and audit leads through the entire sales pipeline and run critical follow-up sequences on every non-converted lead to maximize ROI.

Christina is also the founder of Delaware Property Solutions and has been an active real estate investor since 1999. Having owned and/or managed over 500 rental units, in addition to being involved in over 2,000 real estate transactions, from rehab to new construction, Christina continues to use her knowledge and experience to find unique ways to empower investors to lead their businesses to be better, before they scale to be bigger. 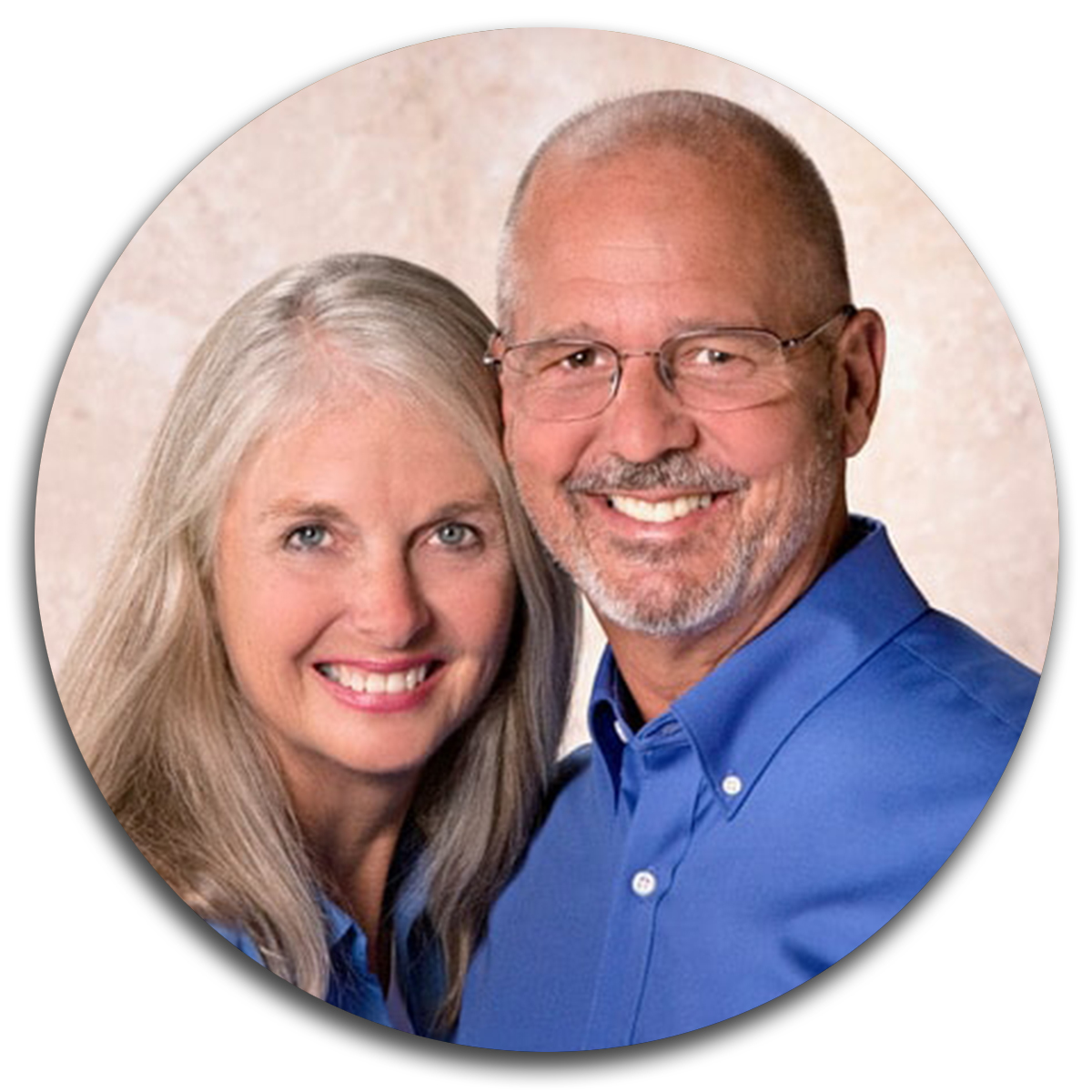 The Magic of Pure Options

Bill and Kim Cook are a husband and wife real estate investing team. They began investing in real estate in 1995. Most of their investment properties are within a 5-mile circle of the Cartersville, Georgia Walmart.

Their investment portfolio consists of single-family rental homes, a small mobile home park, plus notes and options. Their REI business was built squarely on the back of knocking on homeowners’ doors. Their core belief is that real estate investing is not about buying, selling or renting property. It’s about helping folks solve their real estate problems.

Bill has made a living knocking on homeowners’ doors since 1972 – since he was twelve-years old. At twelve, because he was allergic to cutting grass, he began taking his mother’s Electrolux shampooer door-to-door and offering to shampoo the homeowner’s biggest or dirtiest room for $5. 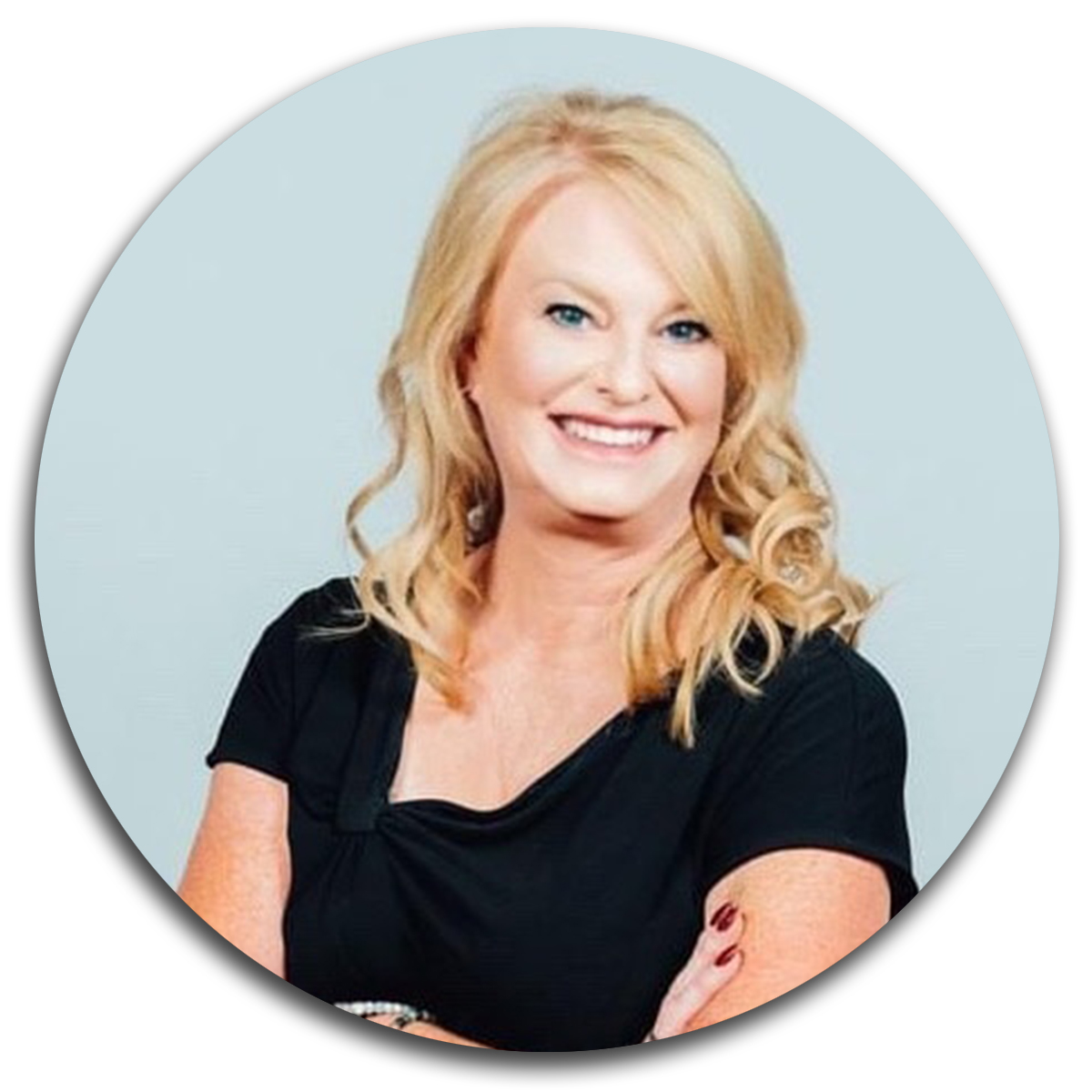 Lori is the owner and CEO of one of the country’s leading real estate organizations, SJREI Association. SJREI is noted for having won the highly prestigious “National REIA Annual Award for Excellence” in 2011 for best overall Real Estate Investors Association, and for receiving numerous Honor of Merit awards.

Lori brings over 25 years of real estate and entrepreneurial experience to her roles. She was raised amidst the family environment of real estate investing: she has personally been buying and selling real estate since 1987. Her multi-strategy approach includes fix-and-flip, land banking, land to vertical development, rezoning, multifamily, single family sales, syndication, creating and buying notes. She has vast experience buying, selling, and managing properties nationwide. 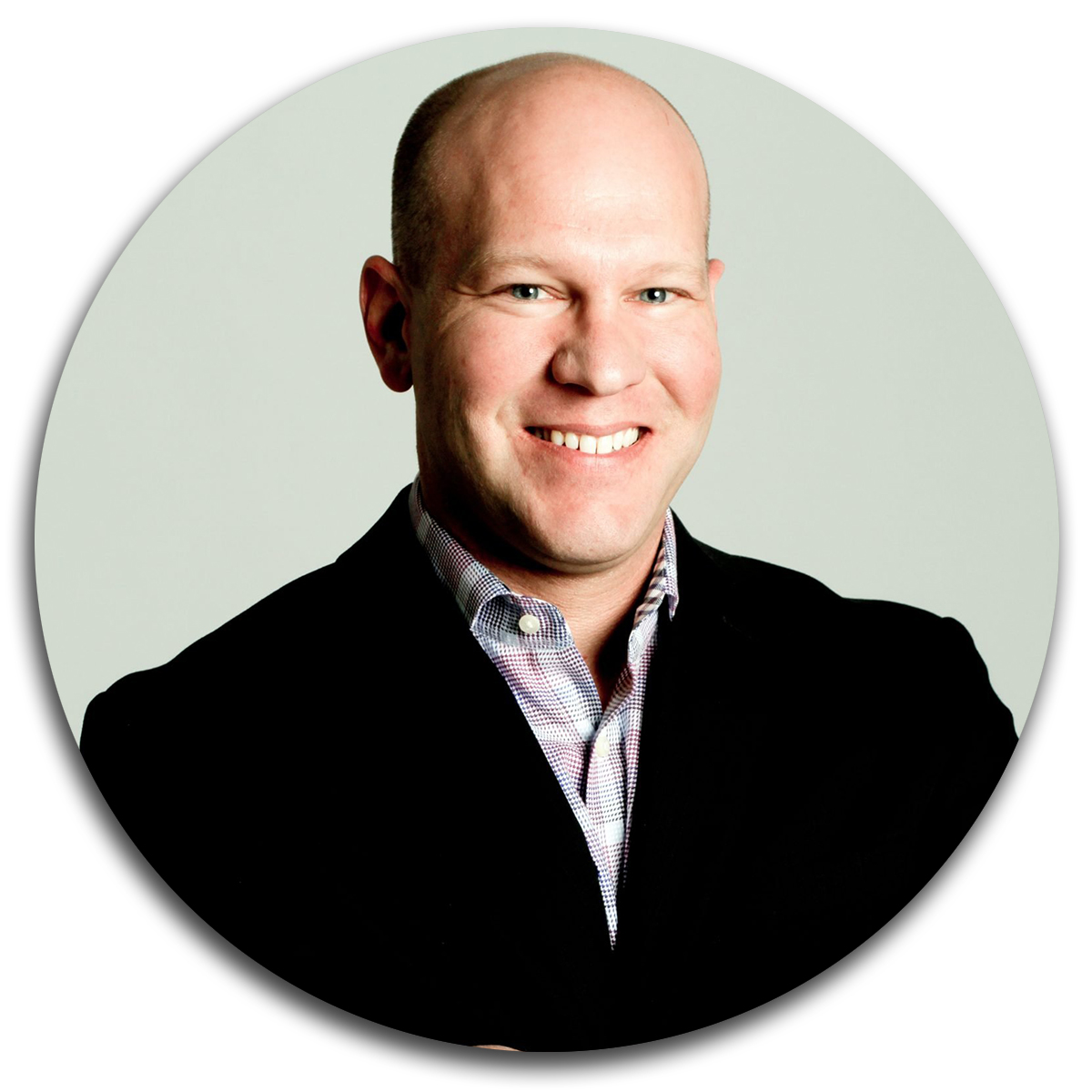 Using Core Values and Purpose to build Loyalty and Culture

Ron Phillips has flipped thousands of houses, (literally flipped 800 of them just last year!) AND owns $28 million in apartments, AND built and sold a property management company, AND he’s the least stressed, most free real estate entrepreneur we know.

To give you an idea, he’s built it so well that he lives in South Carolina and his entire business runs without him in Salt Lake City, Utah. Ron is truly an example of a visionary, and will show you how to become the same.

When I first met Ron roughly 5 years ago, he had hit the “pinnacle of success” according to not only his own terms, but also how everyone else typically views success. He’d gotten his business to the place where it no longer needed him to be there to thrive.

As much as everyone says they want this, there was just one problem. His entire identity was wrapped up in his business life, so when he finally “arrived,” he literally went through a period of depression.

Sounds crazy, I know, yet this happens all the time. Many who have seen this level of success also sacrificed everything in an effort to get there, and Ron is no exception. The problem? He had a great business and yet outside of that, couldn’t think of a single thing he wanted to do for fun. Business WAS his entire life. Until all of that changed in only the last few years.

Today, Ron is a completely different man, husband, father, leader and business owner, literally living every single aspect of his vision, from personal to business, and he’s going to show you exactly how he got there, and how to overcome your own struggles along the way. 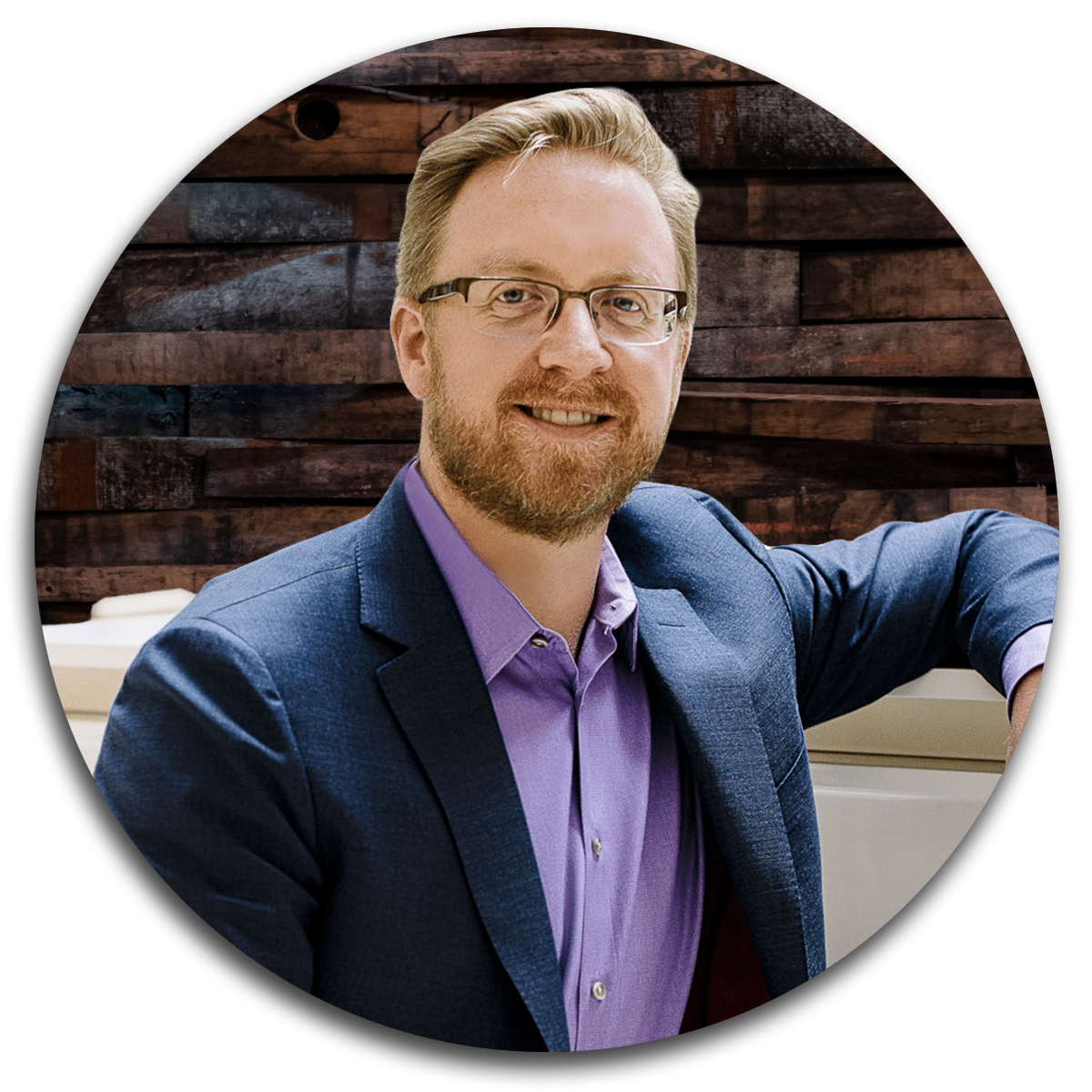 Bryan Ellis is the host of Self Directed Investor Talk, a very popular podcast and radio show. Bryan has a vast background in real estate investing and currently serves as manager of a real estate-focused private equity fund operating in Northern California.

Bryan served as publisher of the Bryan Ellis Investing Letter and is a contributor to Forbes, TheStreet.com and Entrepreneur.com. His writing has been featured in print publications ranging from Personal Real Estate Investor and Think Realty to major online media outlets like FoxNews.com. Bryan studied Computer Science at the Georgia Institute of Technology. 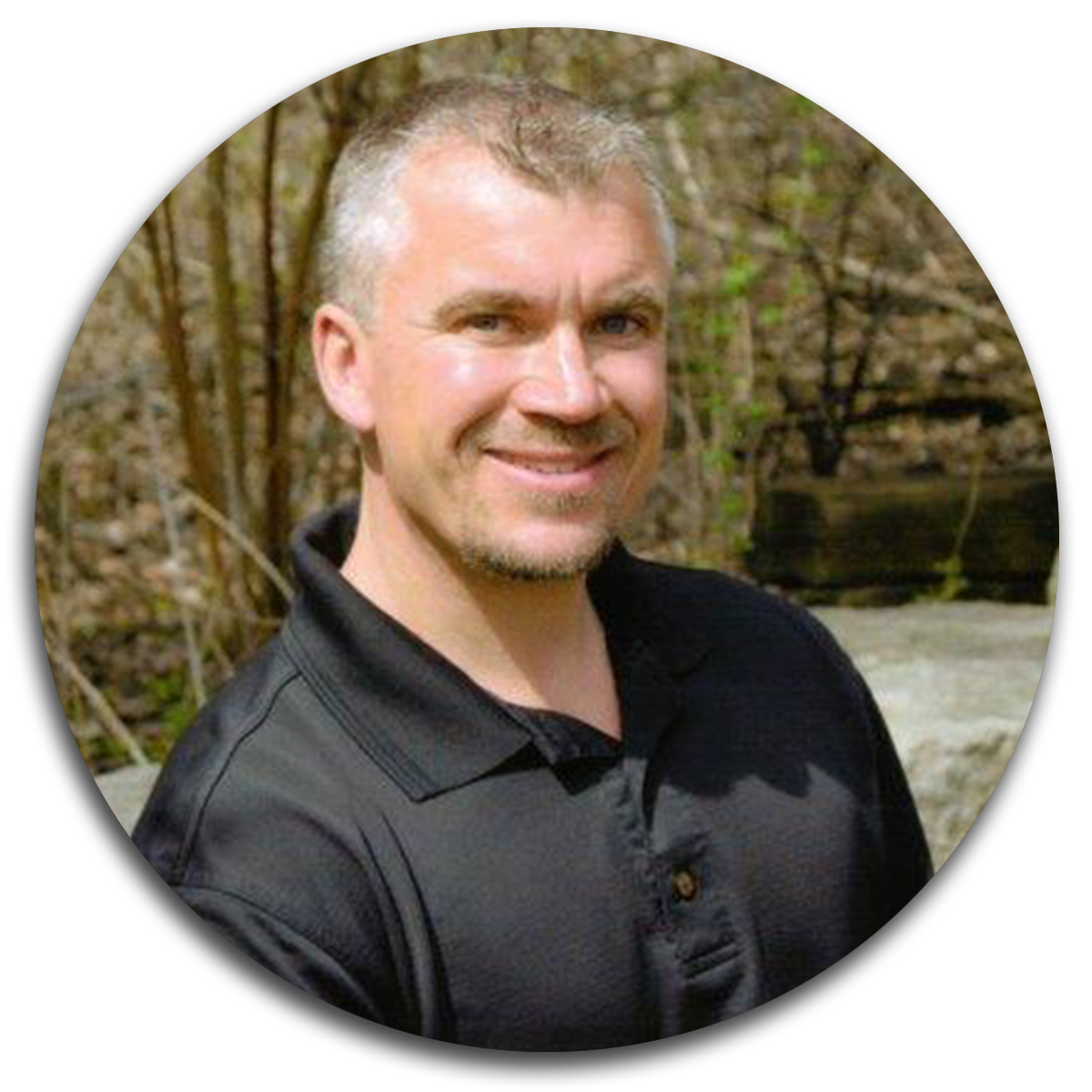 Planning with Purpose: If a plan doesn’t have purpose, you don’t have a plan.

How do you make sure money doesn’t become your God in retirement?

How do you protect your assets and leave a legacy bigger than yourself?

With proper purpose, a plan can serve you and your family verses you serving the plan. This is exactly what Matt is going to cover during his presentation.

Matt has been in the insurance and financial services industry since 1996 and has owned his practice since 1997. He currently owns and operates Cornerstone Benefits Consulting and Cornerstone Wealth Consulting. Through the Cornerstone family Matt and his advisors focus on planning with purpose. By gathering data, plans are designed to help people not be a slave to the lender, give less to the IRS and leave legacies bigger than themselves. Creating wealth becomes easier when you find ways to give less to people you don’t want to in the first place.

Matt is also blessed with a wonderful wife Karen and together they have 5 grown wonderful children and one grandchild. Matt speaks and trains advisors throughout the country on legacy planning and tax planning strategies. He also serves on several finance committees and has helped write and manage an endowment for his church.